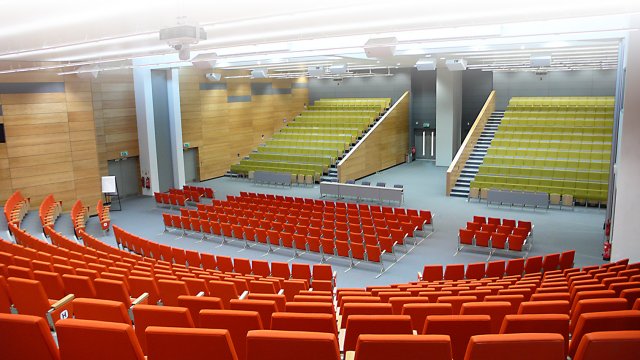 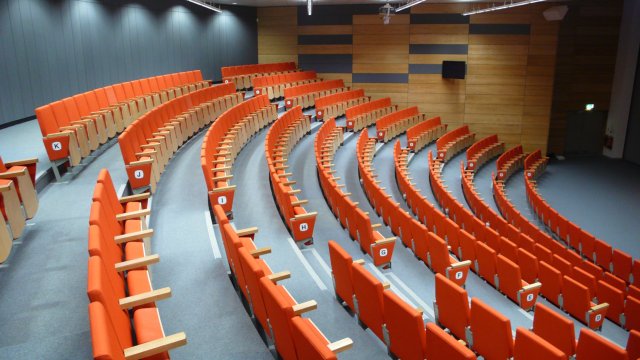 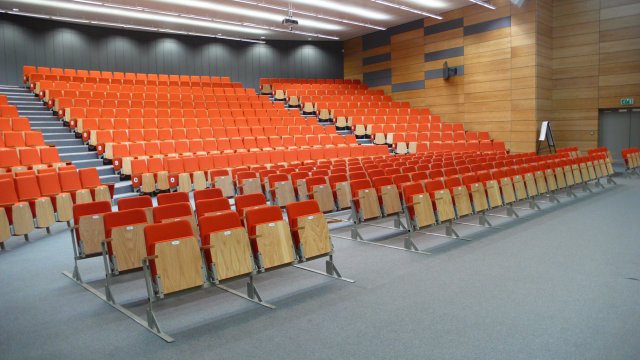 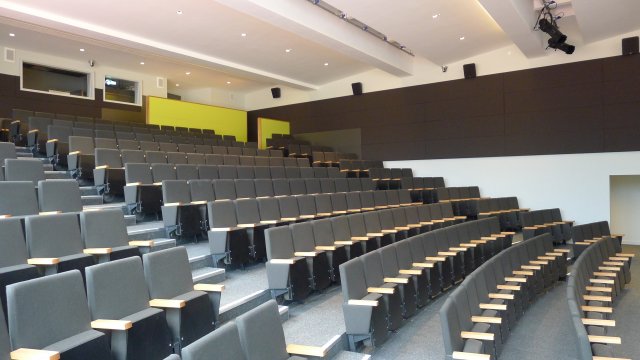 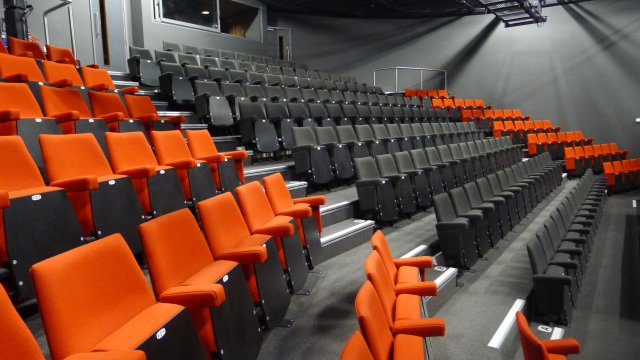 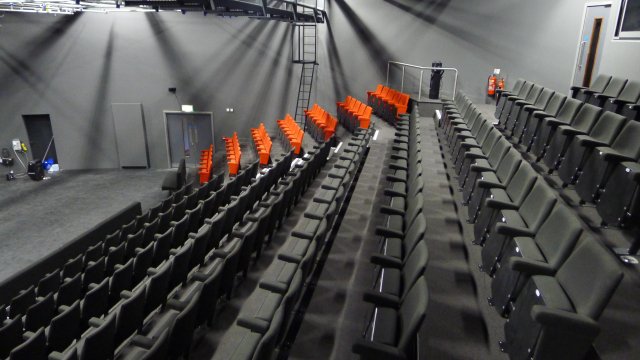 Specialists in Seating has a long-standing relationship with Edge Hill University that started in the early 1990s. Since that time, the company has fitted out many lecture theatres and auditoriums on the main campus in Ormskirk – Lancashire.

Edge Hill was originally a teacher training college and expanded until gaining university status in May 2006. In 2014 Edge Hill was named the University of the Year in the Annual Times Higher Education Awards, having been shortlisted on three previous occasions. A selection of some of the projects carried out at Edge Hill University is featured in this Case Study.

Rose Theatre 2012 The Rose Theatre is part of the University Arts Complex on Campus. Specialists in Seating have re-furbished the Rose Theatre on three occasions since 1992. The first refurbishment saw the introduction of steeply raked fixed tiering with a central block of retractable seating.

This was a vast enhancement over the original timber rostra units and plastic stacking chairs. The Rose Theatre underwent refurbishment again in 2005 to enhance the facility. The last refurbishment was carried out in 2012 when the original retractable seating system was replaced with fixed tiering and traditional theatre seating. The seating capacity is 221Nº Model F6000 type theatre seats. The Studio Theatre in the Arts Complex was opened in 2005 and features a fixed tiered structure, along with 140Nº Model F6000 type theatre seats.

The Faculty of Health Building was opened in 2007. The building houses three lecture theatres. There are two 153Nº seat lecture theatres and one 405Nº seat lecture theatre. By means of folding walls, the whole space can be opened up to provide one large auditorium. When the space is in its open format, a further 138Nº portable chairs can be brought in to the space, to give an overall seating capacity of 849Nº for Graduation ceremonies. Specialists in Seating provided both the curved and straight tiering, along with will all 849Nº seats.

This Building opened in September 2013 and is the home for all media and computing courses. The features include a TV Studio with broadcast capacity and full production capabilities for a whole host of media formats. The building also includes a 255Nº seat auditorium. Specialists in Seating provided the curved tiering and auditorium seating.